Using a taxi with a “Bon de Transport” in France is very easy and a fantastic service provided by the “Social Security”. Once your doctor or hospital have given you a “Bon de Transport” otherwise known as a “Prescription medical de transport” you will be able to order your taxi.

If you are 100% covered you won’t have to pay anything to the driver, just give them the “Bon de Transport” Volet 1 and 2 and that’s it. The driver will normally ask you for a copy of your Carte Vital swell and possibly your ID.

Chamonixcabs are a registered taxi service providing medical transport. For any type of medical transport we are available all year round 24 hours a day. Although we are based in Chamonix we travel all over the Haute Savoie region and in fact anywhere in France. For further information please don’t hesitate to contact us. 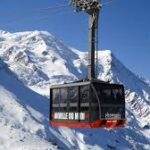 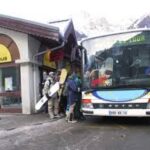 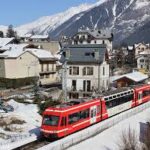 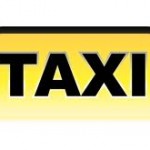 The UTMB 2016 is just around the corner and many people will now be looking for the best method of getting form Geneva airport to Chamonix.

If you are travelling with your family and/or friends the best thing to do is book a “private” transfer from the airport.  This way the cost is kept down per person and you won’t have a long tedious wait in the airport.

Contact us for more information about our private transfers. For any type of in-valley taxi service that you require in Chamonix from a simple cross town shopping trip or ski hire pick-up to a 5 star luxury trip to your favorite restaurant in Italy we can provide you with a car and driver.

Contact us for a quote or to request a car.

Below is an extract from their web-site.

THE ALPINE TOWN OF THE YEAR ASSOCIATION…

… is an association of alpine towns which have been awarded the title of “Alpine Town of the Year”. The title commends an alpine town for its particular commitment to the implementation of the Alpine Convention and is awarded by an international Jury.

On Monday the 1st of September 2014 Chamonix was selected from a long list of potential towns covering the entier Alps. Â Selected by an international jury and based largely on Chamonix’s commitment to reduce CO2 emissions by 20% before the end of 2015

Towns previously selected are listed below (Taken from www.villedesalpes.org) If your 2013/14 winter holiday is already booked why not get you airport transfer booked too. All too often we receive last minute requests from people who “forgot” to book this vital part of their holiday.

We understand it’s not as much fun as choosing your luxury chalet or buying your new skis online, but without the airport transfer your chalet could be difficult to get too.

AtÂ this time of year many of the airport transfer companies are getting ready for the coming winter and have lots of availability, booking now will almost certainly guarantee you availability even over the busy Xmas / New year period.

This is the first message from the new chamonixcabs blog which we hope will be an informative resource for anyone traveling out to Chamonix during summer, winter, Autumn or spring.